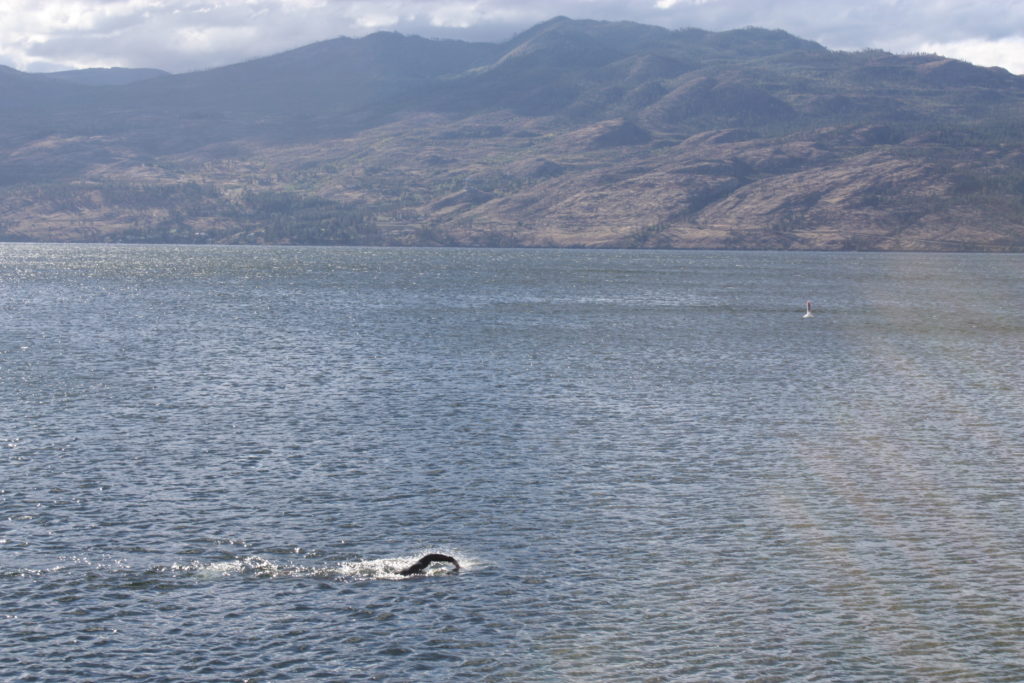 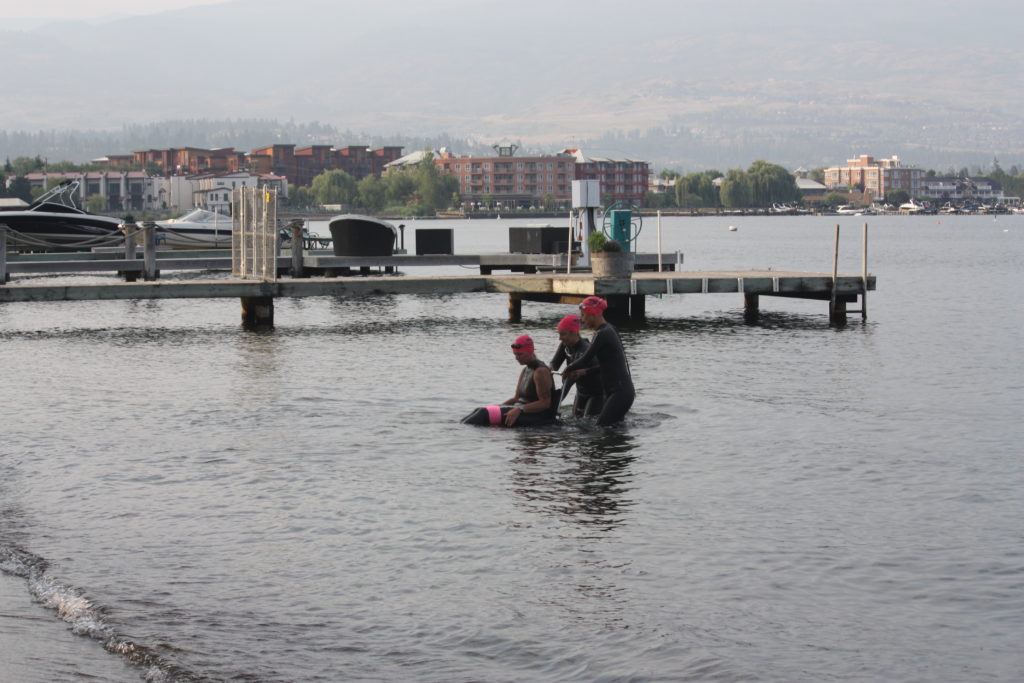 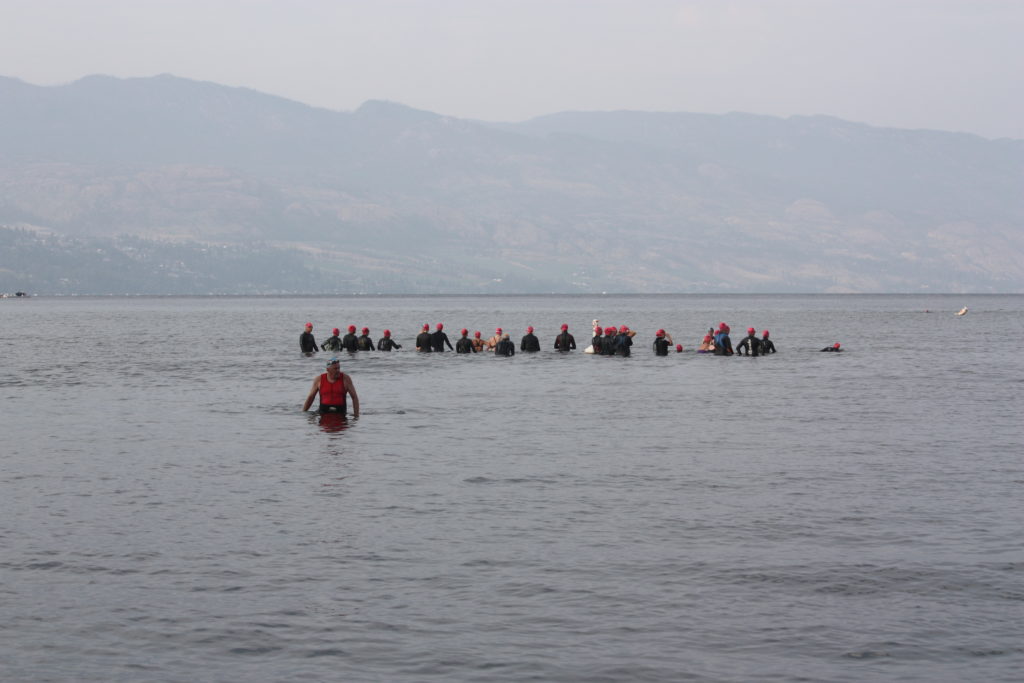 Yes, Boyce-Gyro Park has been around for many decades, supporting the beach-going and summer swimming crowds with a formal, safe, shallow swim area that, although not lifeguarded, has long been well enclosed by buoys to protect from boat traffic. Along with the downtown beaches (Hot Sands Beach at City Park and Tugboat Beach, north of the Kelowna Yacht Club), Boyce-Gyro Park beach remains one of the most popular places to swim in Kelowna.

When local Olympic and long distance triathlon events began growing in the early 1980s (the Kelowna Apple Triathlon and the Penticton Ironman, respectively) the desire to learn how to swim competitive freestyle in open water also grew.  The Kelowna Masters Swim Club (KMSC) was established at that time,  with three evening sessions per week at the Parkinson Recreation Centre pool, with a primary focus on swimming open water.

About twenty years later, in 2008,  the KMSC’s 100+ members voted in favor of amalgamating with a smaller swim club at the Rutland YMCA pool, the Okanagan Masters Swim Club, and moving to a 50 meter pool in the newly built H2O Adventure and Fitness Centre.  More sessions per week were available, and both in the morning and the evening, year round. It was a great step up, with more coaches to cover every session  every swim stroke, and in a big, beautiful new pool.

Although this adult swim club continued as the primary resource for triathletes and open water swimmers,  summer attendance always fell off in favor of swimming in Okanagan Lake.  As a result, the new club president Mark Fromberg enquired to the City about formalizing the existing swimming area at Boyce Gyro Park for open water training, by actually measuring out the distance around the D-shaped Loop.  The City was happy to comply as part of their “Active by Nature” initiative, replacing all of the buoys with ones marked with the meterage–11 buoys marked in a clockwise course from 0 meters to 500 m in 50 m increments.  The City’s Parks department has been repositioning these buoys every spring since,  using GPS. The Gyro Swim Loop has become a measured lake-based swim course that is available every day all summer long, allowing swim training in a safe open water environment. Thank you, City of Kelowna!

Since 2010, the Gyro Swim Loop has been used extensively by the organizers of the Across The Lake Swim (ATLS).  Every Saturday for 6 weeks, starting in early June, all ATLS registrants get access to an hour of free open water swim coaching provided by various accomplished local open water swimmers, several of whom have swum the English Channel.  If you are looking for excellent open water swim instruction, sign up for the ATLS, using it as your target bucket list item as you learn to swim open water.

Are there future plans for the Gyro Swim Loop? Yep–lots!  We envision a full weather station there, so that you can get quick information about the water temperature, the water depth, the wind and wave action, and the expected weather (essentially the open water swimming conditions), all accessible by an app that anyone can use who intends to use the Loop.  If you have any suggestions as to how to make this Loop better, contact any of the directors of the ATLS (see the contact page at acrossthelakeswim.com).